Port de Soller is a picturesque coastal village located in the north-west of the island of Majorca, in a large and protected horseshoe bay separated from the rest of the island by the Tramuntana mountain range. With its stunning natural beauty, charming architecture, and a vibrant atmosphere, it is a popular destination for tourists and locals alike. 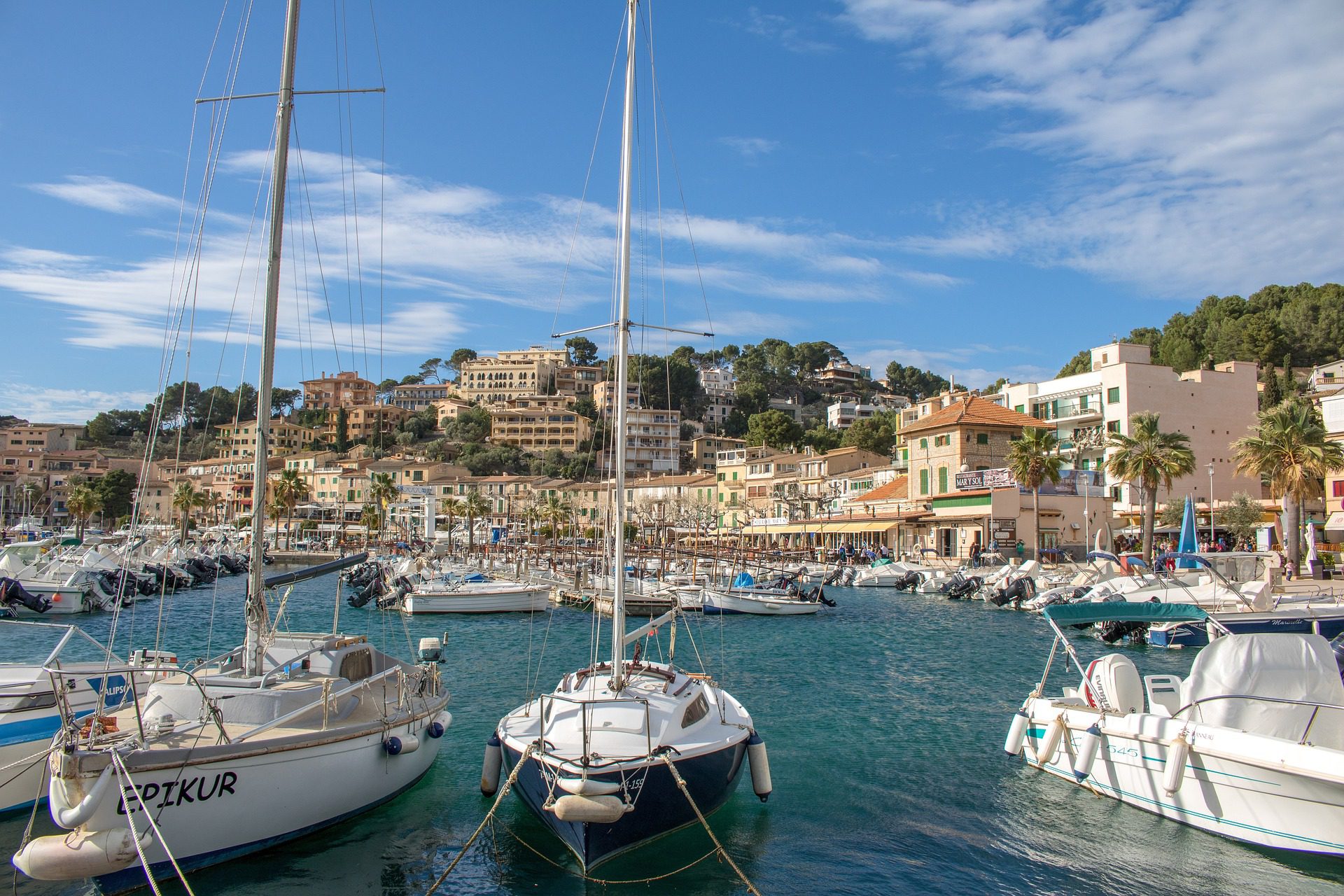 One of the main attractions in Port de Soller is its picturesque harbour, surrounded by lush green hills, and crystal-clear waters. The harbour is home to many fishing boats and yachts and visitors can take a leisurely stroll around the harbour, admiring the views, or stop at one of the many seafood restaurants for a delicious meal.

In addition to its natural beauty, Port de Soller is also famous for its historic architecture, including the church of Sant Bartomeu and the lighthouse of Sa Torre. The church, built in the 17th century, is a beautiful example of Baroque architecture, and the lighthouse, which dates back to the 19th century, provides panoramic views of the town and the surrounding coastline. 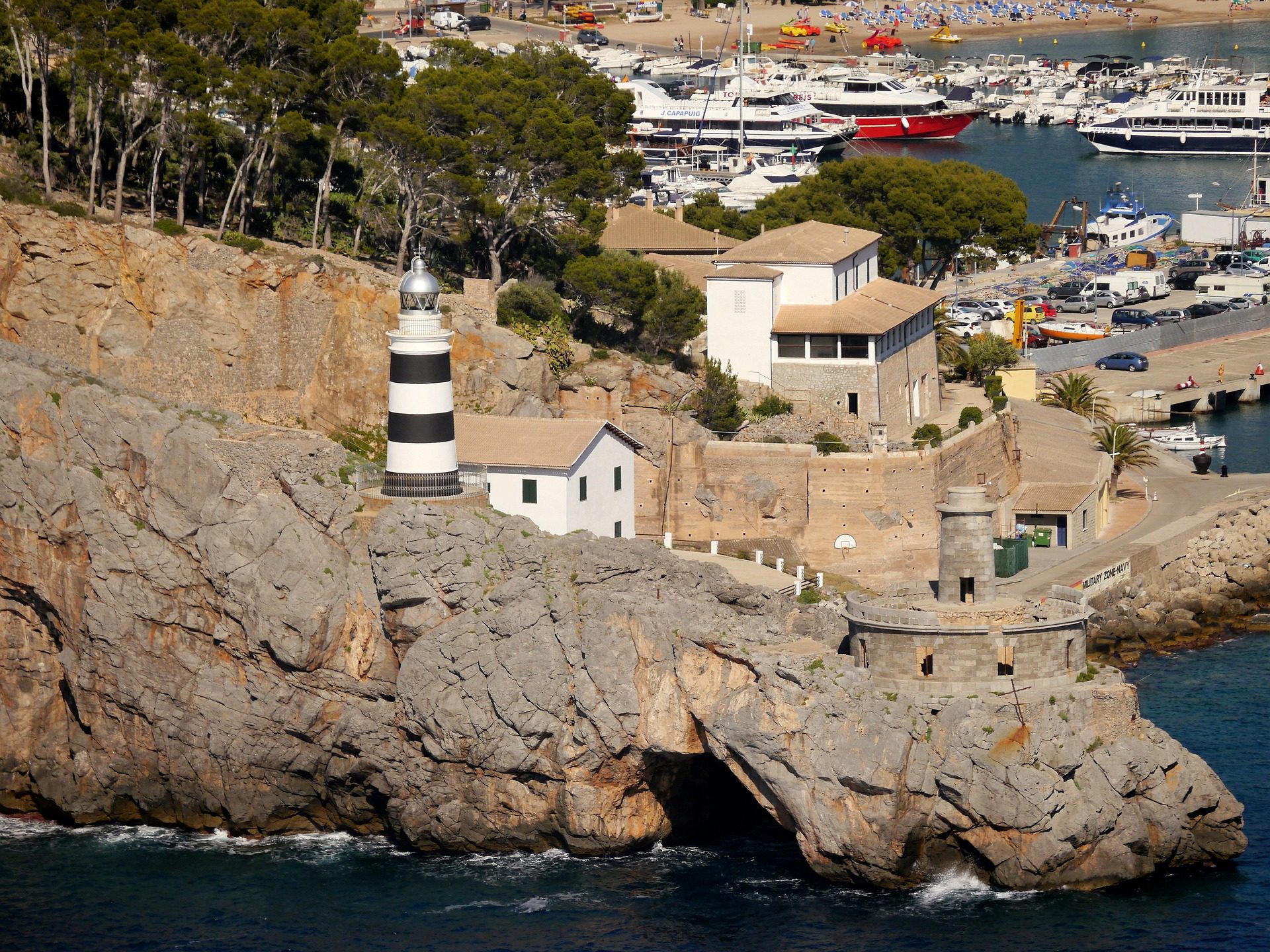 For those looking for a more active experience, Port de Soller offers plenty of opportunities for outdoor activities, including hiking, cycling, and kayaking. There are several trails in the surrounding hills and mountains, which are perfect for exploring the local flora and fauna.

Before the Soller tunnel opened in the 1990s, Port de Soller was a difficult place to get to with cars having to travel via the Coll de Soller with tight hairpins every 200m or so. This road is now a popular cycling route with little traffic, especially since the tunnel has not been subject to a toll charge since 2018.

The isolated location of Port de Soller at the foot of the mountains and the use of the area as a training base by the Spanish military resulted in the village coming through the over development of seaside destinations in Mallorca during the 70s and 80s relatively unscathed and it retains its traditional fishing port charm.

The village’s main role historically was to service the main town of Soller located a few miles inland and to protect its residents from pirates. During the 19th century when the export of oranges and lemons grown in the area became very profitable, the port expanded significantly and just a decade or so ago, millions of euros were poured into sprucing up the port.

In 1561, Soller’s beach was invaded by fleets of Turkish and Algerian pirates. The town’s residents managed to defeat the pirates using just using wooden swords and hand-held catapults. This epic defence is re-enacted each year in a festival called Es Firó. 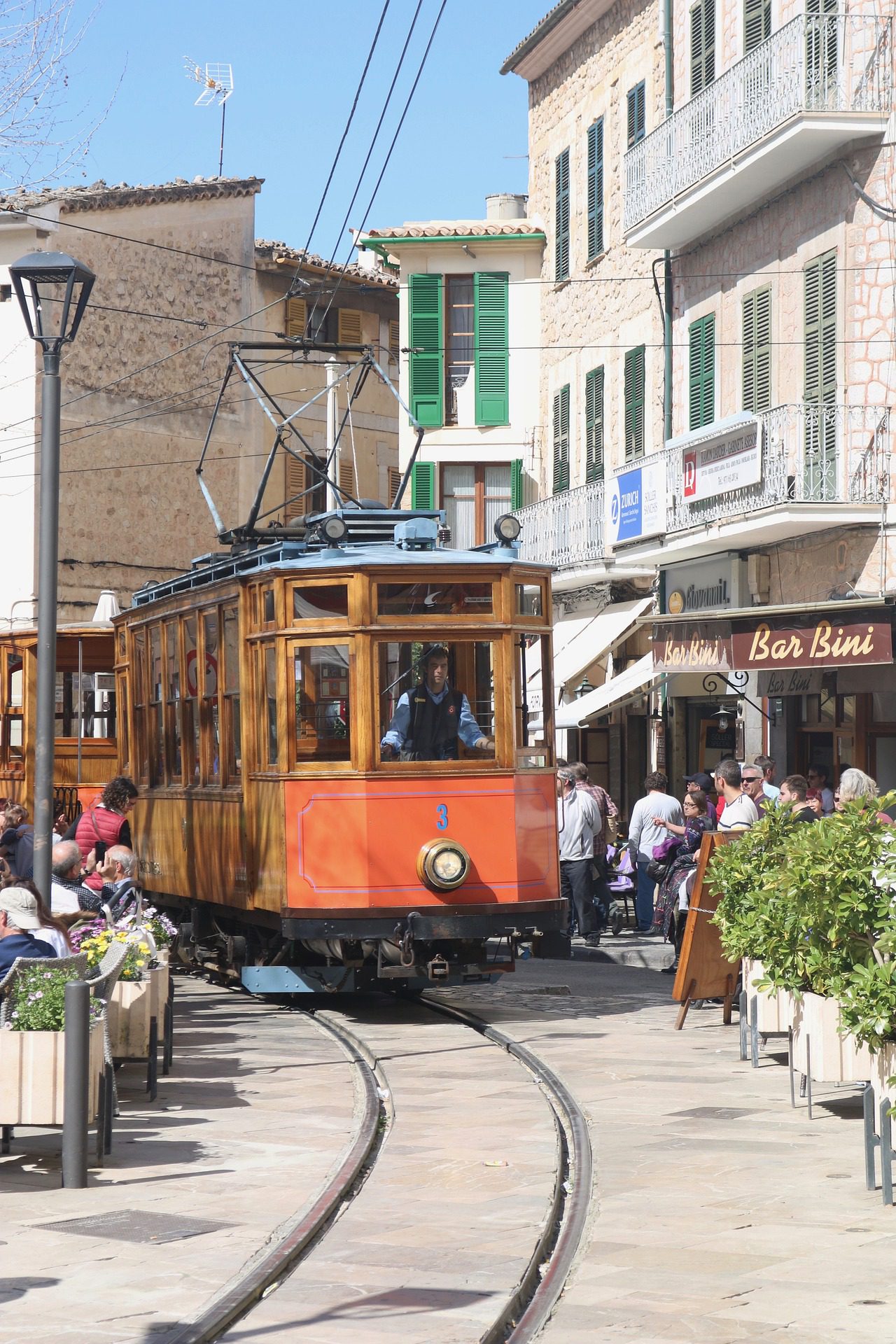 The horseshoe bay has a sandy beach and a pedestrianised promenade with many cafes, restaurants and shops in addition to a few hotels, many of the restaurants serve seafood; however, there are more and more high-class eateries opening in the port due mainly to the opening of a 5-star luxury hotel on the hills above the village. 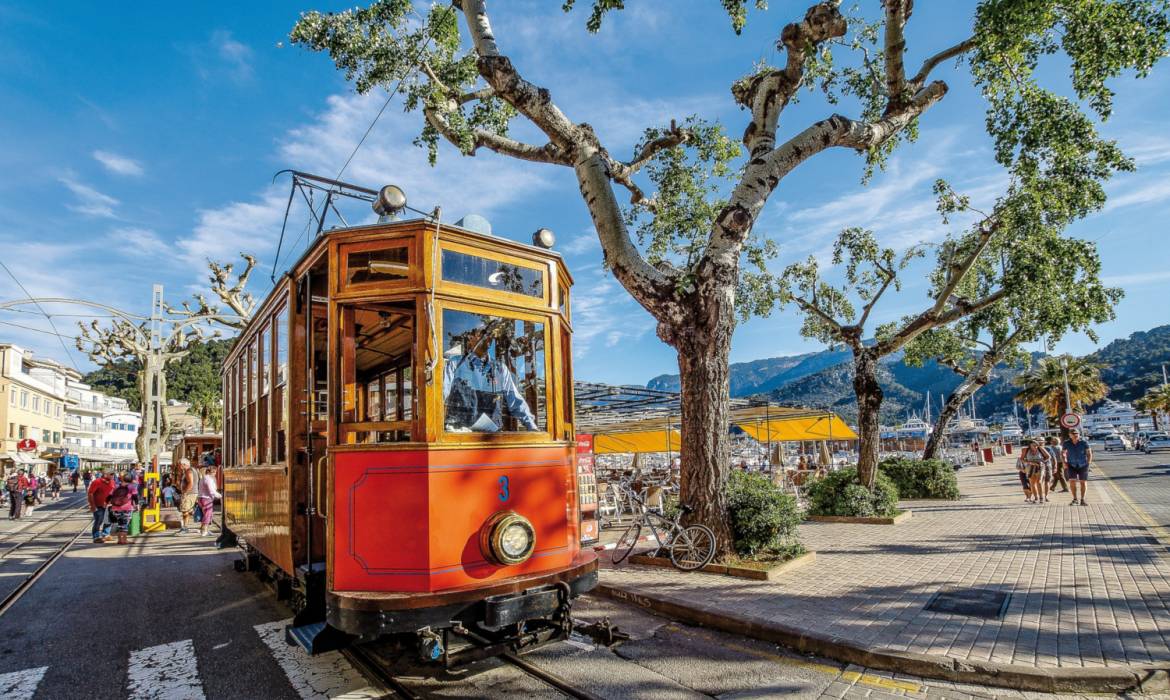 Soller is an old Mediterranean town, designed around narrow streets with traditional style residential townhouses and is very popular with tourists & day trippers. The town is connected to Port de Soller by a vintage tram, the Tranvía De Sóller; which takes passengers on a lovely journey through citrus and olive groves.

Even if you are only on the island for a short time, the narrow-gauge, Tren de Sóller journey from Palma to Soller should be close to the top on your things-to-do list. One of the most rewarding excursions on the island, the vintage train to Soller is a very popular attraction with a journey time of around 1 hour and 15 minutes. 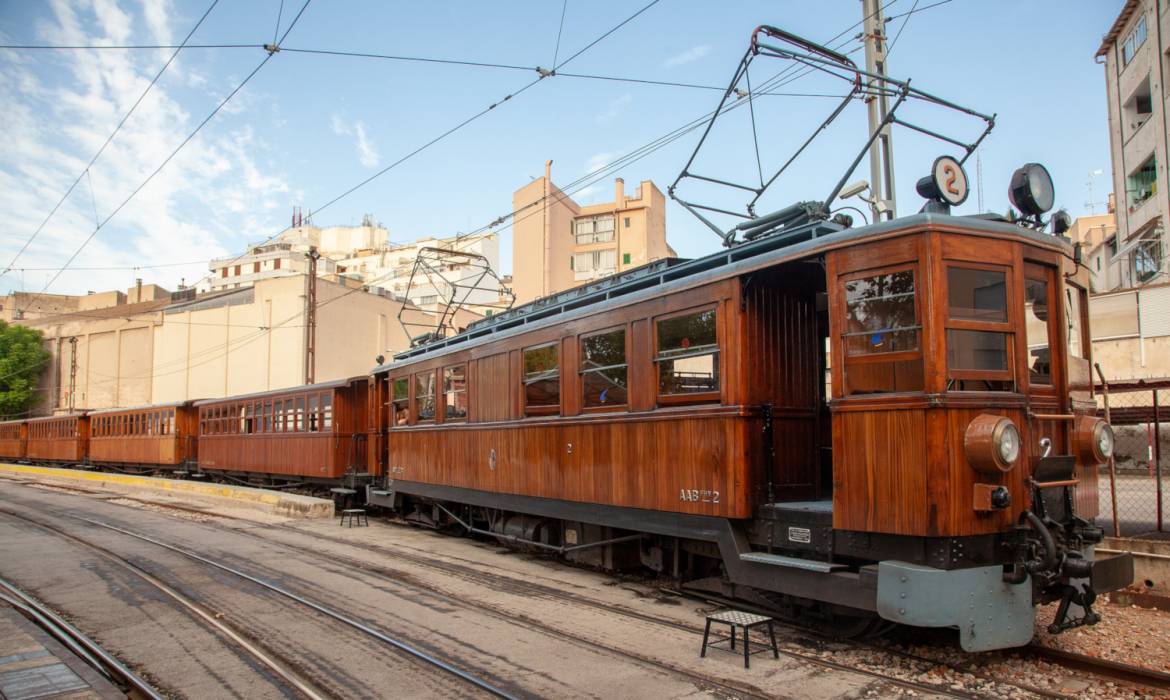 Sometimes known as the Orange Express, the wooden train was originally introduced to transport oranges and lemons from the Soller valley to the capital, replacing a stagecoach service, which crossed the high mountains via the Soller pass on a steep, narrow dirt track, which was exhausting and tediously slow.

Funded by profits of the citrus fruit trade, the Tren de Soller has trundled along the winding 27.3km route to Soller since 1912. 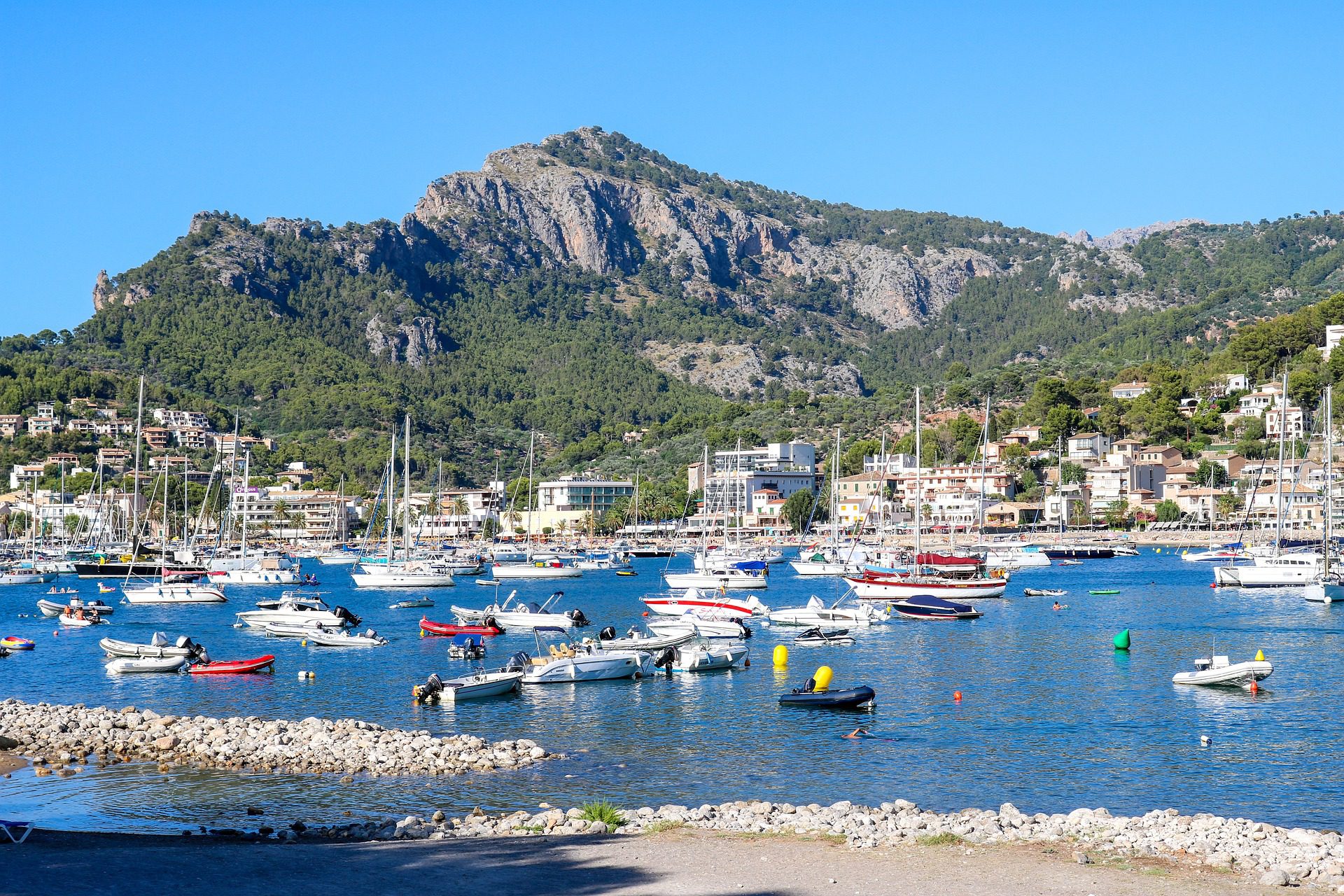 In conclusion, Port de Soller is a must-visit destination for anyone looking to experience the beauty of Majorca. With its stunning natural beauty, charming architecture, and lively atmosphere, it offers something for everyone, whether you're looking for a relaxing holiday or an adventure-filled escape. So why not pack your bags and head to Port de Soller today!